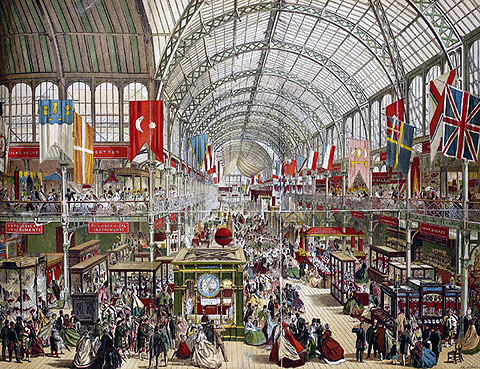 The Reverend Jonathan Meyer MA FRICS spoke about the Great Exhibitions 1851-1900.  We all know about the 1851 event in the Crystal Palace in Hyde Park, but I didn’t know that similar ‘crystal’ venues were temporarily erected in Paris, Washington and Philadelphia when they hosted the exhibition.  Bits of the Statue of Liberty were on show in Paris before it was shipped across to Staten Island (the lower arm holding the flame, the chest and head); but Jonathan was also keen to talk about the styles of furniture on show, and in some cases what happened to them – turning up a hundred years later in antique salerooms.  A very interesting talk.