That evening I went to dinner with the Saddlers at their magnificent Hall in Gutter Lane.

I can never pass Gutter Lane without recalling the no doubt apocryphal story about Coopers and Lybrand (as they used to be called) who used to have their head offices there.  To mark their 50 years occupancy they asked the City Corporation if it could be renamed Coopers Lane; apparently the rather dusty answer from the Corporation suggested that they might like to consider changing their name to Gutter and Lybrand.  Not long after, not only did the company change their name to Pricewaterhouse Coopers, but they also moved offices. 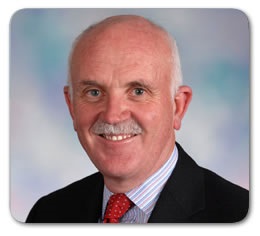 At the dinner I was sat between Past Master Hugh Dyson-Laurie (a most interesting World War One historian) and Graham Pinkerton, a Gold and Silver Wiredrawer.  Opposite to me was the Weavers clerk (John Snowdon), a young French Cambridge student (Alice Parmentier), Wing Commander Saleem Naeem, and the Master Glover, Alison Gowman. Sheriff Adrian Waddingham was the principal guest and speaker and we all had a very jolly evening.