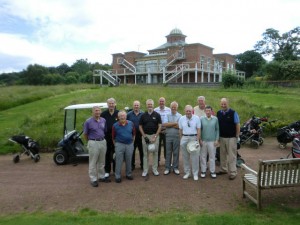 On the 16 and 17 June the North v South Match was held at Hawkstone Park, Shropshire with the golfers enjoying good weather throughout.

The Northern Team of Robert Allan, Roger Bowers, Peter Ambler, Alan Morrell, Peter Meredith and James Barker (guest) won The Tankard for the Stableford Competition. The Southern Team of the Master, Richard Excell, Hugh Furber, Jonathan Lee, John Payne, Peter Holmes Johnson and Ian Allan (guest) gave a good account of themselves, with the match being played on the picturesque and beautiful Hawkstone Course. The prize for the best individual score went to James Barker, with the runner’s up prize going to Peter Holmes Johnson. 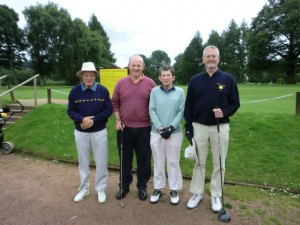 In the evening, the golfers enjoyed an excellent dinner with the Master presenting the Tankard and the other prizes. A collection was held for The Soldiers’ Charity to assist the rehabilitation of wounded service personnel through the medium of sport. There followed an evening of good fellowship and lively discussion.

On the following day, the Foursomes Competition was played on the tough Championship Course. The winners were the pairing of Alan Morrell and James Barker with Richard Excell and Jonathan Lee being runners up. The Golfers departed after an informal lunch and there was enthusiasm to repeat the fixture in 2015. 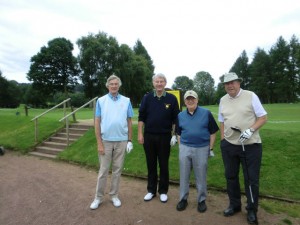 Provisional arrangements have been made to play the event on the 15 and 16 June 2015 at Greetham Valley, in Rutland. 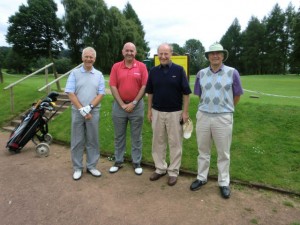 “The Ryder Cup” at the Verulam Club at St. Alban’s on 8July.

The Verulam Club, which was the home course of Sam Ryder (donor of the Ryder Cup), offered interest and challenge to all the golfers. As our team left the Course and headed for the Club House, they just avoided a torrential rainstorm.

The Woolmen’s team were not among the prize winners, but spent an excellent day in good company. A first class dinner followed where the Woolmen shared a table with the Worshipful Company of International Bankers. Next year’s competition will be held on the 29 June 2015.